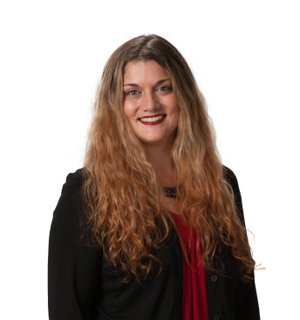 Arriving in Greenville in April of 2006, Jessica has been a part of our team since May of 2006. Born and raised in Phoenix, Arizona and in Real Estate, Jessica, tagging along for the ride, would go on listing appointments with her father as young as two years old and has been performing administrative duties since she could fold paper.

In 2003 she graduated from Everest College in Phoenix, Arizona with Distinction and an AAS in Network Administration.

Jessica assists our clients with various aspects of real estate transactions as well as assisting the team with CRM and website management. She has been with us for many years and is a large part of our success. The awards she has been a part of earning include:

Lee & Jessica both were very sincere with service and trying to make sure we found the right house. We never felt pressured, and they both were always there when we needed something.
- Mr & Mrs H.

Closing would have been an absolute nightmare if it had not been for Lee & Jessica. They made the effort to keep us informed and happy. Very professional from Day 1.
-Michael & Lesley


Jessica was very proactive in making sure we had the information and documents we needed for closing, which made my job a lot easier. It was a pleasure working with her on the Salas closing and look forward to working with you and her again soon!
-Kimberly W. Keable, Esq.,Keable & Brown


Jessica: I just wanted you to know how much I appreciate the work you did on this closing.  I don't think that this closing would have happened without your expertise.  It is a pleasure working with you and Lee.  If there is anything you ever need, I will be happy to help.  Thanks again.
-Scott W. Davis, JD, LLM
Scott W. Davis, P.A.
Davis Law Firm

The team concept is very effective. Realizing our agent is busy with other listings, it is very important that we had someone that was accessible and available when we had questions.  Jessica was this point of contact. Her professionalism and responsiveness was certainly appreciated.
-G.S.

Jessica,...I purchased a home.. through you guys back in August.. Anyway, I was just going through some old e-mails and I saw a bunch from you when we were getting everything straightened out and it just reminded me of how helpful you were throughout the process.  I wasn't sure if I ever did, but I wanted to make sure I thanked you for your help throughout the process of buying that home.  You were very thorough, and overall a great help.  And I just wanted to make sure you knew that!
Have a great 2007! Thanks again-- B.Sellers