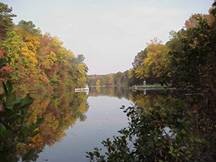 If you are lucky enough to own real estate on Paris Mountain you know the attraction. The main road over the mountain runs from Piney Mountain home of Montebello Estates up and over to Travelers Rest, SC. The view from the road is a sweeping one of the Greenville area with the Blue Ridge Mountains in the background. It is only about 4 miles from downtown Greenville SC as well.

Homes range from median priced older homes to luxury mansions with amazing view of the mountains. Real Estate here tends to be older, but some new homes have been built recently.

At its peak, Paris Mountain is about 1800 feet above sea level, giving unparalleled views of the city, at least a thousand feet below. Its reservoirs supply water for the fast-growing city of Greenville.

Today, Paris Mountain property remains classified as rural, due to the protected nature of the park. Paris Mountain Homes near the park routinely sell for upwards of $400,000 to over a million dollars, making it some of the most desirable and sot after Greenville County real estate for sale.

The mountain itself is a single giant rock of hard basalt that has survived the geological forces that have worn down the nearby topography. Today it is a prominent enough peak to be home to most of the cell phone, radio and television transmitters in the Greenville area. It is one of the oldest protected areas in the entire state. Each lot must be at least 3 acres according to the protective ordinances.

Most of the real estate for sale are individual homes with no subdivisions on the main road, Altamont Road.

Just four miles from downtown Greenville, SC, you will find Paris Mountain, SC. It lies on the outskirts of town yet seems much father away. Paris Mountain State Park is protected as a South Carolina State Park, founded in 1935. The area, first settled by Europeans in the late 18th century, today is a destination for hikers and bikers alike.

The history of Paris Mountain, includes thousands of years of Native American habitation. At various times, the Mississippian, Catawba, Creek and Cherokee tribes have all occupied the area to varying degrees. Archaeologists have found evidence of human activities early as 11,000 years ago in the state.

Around 1770, Torrie "Colonel" Richard Paris became the first European to permanently settle in the region, and sided with the British during the Revolutionary War. His homestead at the Reedy River Falls, was taken by Revolutionary forces when they drove the Cherokee out to the north and west.

The area officially became Greenville County after the war, named after General Nathanial Greene. Many grants were issued to veterans of the War of American Independence when the state couldn't meet the payroll. Issued as early as 1786, veteran benefactors settled nearby in the town then known as Pleasantville, that soon became Greenville, SC.

When the railroad came through in the late 19th century, the stop near the mountain is simply called Paris, perhaps accounting for the name change. As the town of Greenville grew, the area and homesteads nearby became known as Paris Mountain. During that time, inns for travelers along the river road operated.In the 1890s, rudimentary protection was granted the Paris Mountain area when reservoirs were built there.

What was the first school in the area during the 19th century was then a 2-room wooden building called Mountain Academy. Land to build a dedicated high school nearby was donated in 1912 to become the Paris School, but was almost immediately transformed into Camp Sevier in 1918. The base assisted in training troops for combat in Europe during World War I. Men from all over the United States found themselves being whipped into shape here before being shipped off as the entire 30th or "Old Hickory" Division. The site of the former camp finally became the Paris High School, within the district of Greenville, SC., from 1926-1960. The whole complex was torn down in 1976.

The Depression of the 1930s hit the area very hard and many out-of-work locals joined the federal "Alphabet Agency" program, Civilian Conservation Corps (CCC), to create several parks in the area. The state Forestry Commission was tasked with developing a state Forest Service to administer the new parks.Paris Mountain State Park was one of them. The new South Carolina State Park Service dedicated it in the mid-1930s. Today, nearly 1,300 acres are protected and held in public trust.The park offers residents of Greenville an opportunity to utilize mountain urban camping in a seemingly pristine (though actually just well-recovered) landscape with trails and clean lakes that are spectacular enough to draw visitors from the whole Greenville region.

The mountain itself is a single giant rock of hard basalt that has survived the geological forces that have worn down the nearby topography. Today it is a prominent enough peak to be home to most of the cell phone, radio and television transmitters in the Greenville area. It is one of the oldest protected areas in the entire state.

Activities that one may pursue in the park include, boating, swimming, backpacking, picnicking, overnight camping, guided nature tours, biking, rock climbing, challenging hiking trails and regular programs. The park has a thriving "Friends of Paris Mountain" club you can join which gets you free admission to all state parks. A great deal and a great asset to the homes of Paris Mountain.

Build your dream home on this almost 6 acre lot on Paris Mountain in the gated community of PondiCherry. This lot has incredibly beautiful 180 degree mountain views with ...

The views! The privacy! The fenced yard, and the gorgeous hickory wood everywhere! This fabulous contemporary home welcomes you with beautiful organic finishes, showcasin...

Great opportunity for someone to build their dream home! Awesome 8+ acre piece of land on Paris Mountain. Some winter views and beautiful stream flowing through the prope...

Are you looking to build your dream home in Greenville, SC but still want to have privacy and amazing views? If so, you do not need to look any further! This 1 acre lot l...

This home site is located in the exclusive gated community of Pondicherry on the north side of Paris Mountain offering incredible northern views of the Blue Ridge Mountai...

This home site is located in the exclusive gated community of Pondicherry on the north side of Paris Mountain offering incredible northern views of the Blue Ridge Mountai...