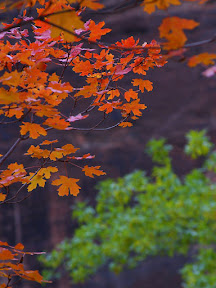 Mauldin real estate was once thought to be so close to Greenville, South Carolina, that it ought to be annexed by the larger city. Mauldin, SC, has grown into a prosperous city. As a town that today has one of the highest per-capita incomes in the area, you may never suspect that it very nearly ceased to be during the darkest days of the economic depression of the 1930s. The stubborn determination of town leaders, for over 200 years, has refused to let this town fade away.

Today, with 35 acres of parks within the city limits, Mauldin is one of the most livable mid-sized cities in the Southeast. Personal incomes are rather high for the area, and Mauldin real estate has a high resale value since the 1960s. Public works projects that are aimed at increasing the quality of life such as a proposed Community Centre, Wetlands Preserve and Sports Facility. The quiet, bedroom community has the advantage of being very close to the larger city of Greenville.

Archaeologists have uncovered settlement history going as far back as 3,500 years by the famous Mississippian Culture that is among the oldest in North America in the Mauldin area. Several burial sites have been uncovered in the area as well as the remnants of wattle and daub-constructed homes. At various times, the Catawba, Creek and Cherokee tribes have all occupied the area to varying degrees.

The area now known as South Carolina was part of the Cherokee Nation in 1755, when the Eastern section of the state was ceded to the State of South Carolina. A trading post to serve them was set up at what is now the city of Greenville. Twenty years later, the Cherokee were driven off their remaining lands in South Carolina and migrated north and west. The area was opened up to settlement after the War of American Independence, largely as a result of land grants.

In 1784, after the end of the American War of Independence, the first grant of land in the area was made to Benjamin Griffith. He chose to settle on his 100 acres near the present-day site of Mauldin. At this time, land was being given to former soldiers all over the state because the South Carolina government could not afford to actually pay anything that could reliably be counted on as legal tender. In the 1820's, a new stagecoach line was brought through the area and brought a stream of supplies and news. The Butler family bought property on the Reedy River Road over 80 years later, and the community that was sprung up around it became known as Butlers Corner.

Fifty years later, the town was more commonly known as Butlers Crossroads. By the 1880's, plans were underway to construct a rail line through the county, though not through the small town. When a certain Mrs. Cox got wind of this, she went on a crusade to have the line go through town and even donated land for the station to be built upon. he also lobbied a family friend who just happened to be the lieutenant governor, W.L. Mauldin, to intervene and bring the line to Butlers Corner. If they had not, the rail line might have passed the town by entirely, preferring instead to follow the river to Simpsonville. In 1886 the "Swamp Rabbit" arrived at "Mauldin Station" and would soon to change the way business and travel were conducted in the area. The town also had a new name by association.

On the day before Christmas, in 1890, the town became officially known as Mauldin. A similar incident occurred when in 1925, the highway that is now known as Highway 276, connecting the city of Greenville with the rest of the county was planned to follow the river and miss the town completely. This time a lobbying effort on the part of a second generation of the Mauldin family, helped secure a route that included the town. Five years later, it was completed with the help of many local men and mules.

Mauldin was hit very hard by the Depression when nearly all the residents left to follow work elsewhere. Businesses closed and people moved away until hardly anyone remained when it was unincorporated in 1940. When soldiers returned after World War II, and public works programs such as the large-scale water and sewer project that brought reliable fresh water to the area, Mauldin became known as part of the "Golden Strip." Old residents returned. New residents and local businesses followed. During the years of post-war prosperity that followed, so many people moved to the quiet, country setting of Mauldin that it became an official town again in 1960. In 1969, Mauldin was incorporated as a city with a population of nearly 3,800 people, more than doubling its population in less than a decade.

Home qualifies for special financing where Buyers may qualify to pay no closing costs and/or can apply closing cost credit toward buying down interest rate. Ask for more ... 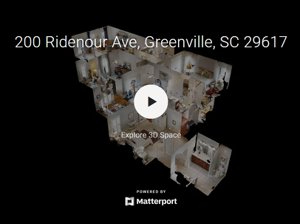