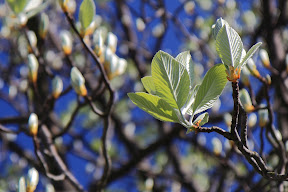 Real Estate With over 6,400 full time residents, Fountain Inn, South Carolina, is located almost exactly midway between the larger cities of Greer and Greenville, SC. Its name derives from one of the many traveler inns that dotted the often difficult road from Greenville to the Low Country -- this one was unique in that it had a gushing geyser in the front yard.

The history of Fountain Inn, SC goes back perhaps a thousand years.At various times, the Mississippian, Catawba, Creek and Cherokee tribes have all occupied the area to varying degrees.It is likely that the area has been used for perhaps as long as 11,000 years as a source of fresh drinking water while passing through.

The area now known as South Carolina was part of the Cherokee Nation in 1755, when the Eastern section of the state was ceded to the State of South Carolina.A trading post to serve them was set up at what is now the city of Greenville. Twenty years later, the Cherokee were driven off their remaining lands in South Carolina and migrated north and west.

Along the newly set county line and the line the marked the boundary of the state and the Cherokee, the town enjoyed a steady steam of travellers.As part of the state later in the 18th century, the Fountain Inn area was opened up to settlement after the War of American Independence, largely as a result of land grants, some issued as early as 1786. 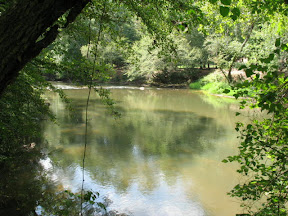 The Fairview Presbyterian Church was founded and built by 1799 and revamped about 70 years later.To this day the Tullyton Plantation, added to the National Historic Register, stands just three miles down the road.Tullyton includes the grand plantation house built in the town in the early 19th century in the Greek Revival style, such as is seen in Washington D.C. today.

Zion Massey purchased the property that gave rise to the villages name in the late 18th century.The fountain, a fresh water spring, was so strong, it created a 2 foot fountain where it erupted from the Earth (at the time).Undoubtedly visited by humans since time immemorial, it was found along the old Indian trails that became the main road through the area as settlers moved in throughout the 19th century.

In the 1860s, Noah Cannon became the areas first property speculator, buying up large parcels of land and selling smaller pieces off in the fledgling village.By the 1880s, like the rest of the county, railroads reached the town, ensuring a steady stream of goods and passengers who didnt have to brave the often-impassable road.

The now-famous Cannon Building (built in the late 19th century) that was added to the National Historic Register in 2005, once housed Mr. Cannons interests, as well as the town Post Office, mercantile store, funeral home, The Peoples Bank of Fountain Inn and The Fountain Inn Tribune.The paper is known for being edited and published by the regionally famous Robert Quillen, noted for his humour pieces.

The town grew by nearly 40% in the 1990s.In fact, much of the property in Fountain Inn was built during the recent boom of residents who have spread out from neighbouring cities and appreciate the small town feel of the Fountain Inn area.Nearly three-quarters of the towns residents live in owner-occupied homes.Very few rentals remain unoccupied for very long.The Fountain Inn real estate market remains affordable, with median home values just under $95,000.Most of the population lives within the 5.5 square mile town limits.

The town is especially proud of the notable 20th century artists to hail from there, including Peg Leg Bates, a famous dancer seen on the Ed Sullivan Show and, Art Frahm:the artist that rendered the Coppertone girl and the worlds best known oat peddler.Three women that were once crowned Miss South Carolina hail from there.

A racially diverse town, there is also a large population of women and children, with fewer than 8 men to every 10 women and more children under five than much of the state.Median family incomes are average for the greater Greenville area.Property crime here is lower than the state average. A new home subdivision located in Fountain Inn, SC is The Village at Fountain Inn.

The town of Fountain Inn lies south and east of the city of Greenville.It straddles the line of Greenville and LaurensCounties, with the majority of the town population living on the Greenville side.Less than 20 miles from Greer, the city has quick access to an InternationalAirport.The climate is quite mild and spends very little time below freezing.

When I ask perspective buyers what characteristics their “ideal” farm property would offer, I consistently hear: A pond and/or creeks, a mix (of fields, hardwoods, and ti...

This offering includes a single family residential home, and all the files, fixtures, and equipment of a thriving, upstate South Carolina business entity! An amazing opp...

When I ask perspective buyers what characteristics their “ideal” farm property would offer, I consistently hear: A pond and/or creeks, a mix (of fields, hardwoods, and ti...

Looking for serene privacy but not willing to compromise on location? 19 Carolina Way is "the one". Built in 2019, situated on just under 8 pastoral and wooded acres, equ...

20 AMAZING ACRES with PASTURE, BARN and POND in a FAST-GROWING CLOSE-IN LOCATION with a LOVELY ONE-LEVEL HOME in a TOP-RANKING SCHOOL DISTRICT ! LOCATION! LOCATION! L...

Welcome to Medwin Stables in Fountain Inn, SC…looking for a serene & tranquil Equestrian farm, only 10 minutes from all Simpsonville’s retail and restaurants, look no fur...