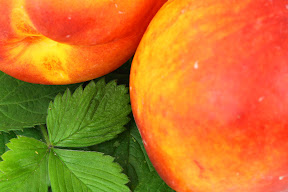 The old Sara Lee building just off I-85 is getting ready for an upgrade with the announcement that Amy’s Kitchen is putting in a food processing and distribution facility at the location. Amy’s Kitchen produces pre-packaged vegetarian foods and expects to hire 700 workers over the next five years, with an expected startup date of January, 2012. The privately held California based business chose Greenville for its east coast beachhead because of the availability of raw organic materials, central location along the eastern seaboard, business friendly environment and strong work force. There was also a lot of support from the local and state economic development teams that helped Amy’s decide on Greenville, South Carolina. Amy’s Kitchen is the nation’s leading source of organic convenience food and has been expanding at a 10% rate over their 23 years in business. They currently have production facilities in California, Oregon, and England. 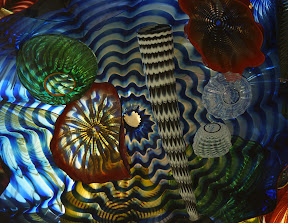 Artisphere, the big, nationally ranked street art exhibit and musical extravaganza is back for the seventh time in downtown Greenville this weekend and is sure to provide plenty of entertainment. Artists row will run along Main Street from the Peace Center down to the West End at Augusta Road and feature 120 top artists, nationally as well as regionally. There will be a lot of activities for the children too, with Kidsphere giving them a chance to create their own works of art, or just throw some paint around in the Art in Action tent. Brian Olson’s popular Art in Action stage will give the same effect, but probably a bit more organized as his large works come together as portraits of celebrities. If you are looking for music, there will be plenty of acts at the Peace Center Amphitheater throughout the day. Other art venues and studios around town will also be hosting special events; check the Artisphere site for the schedule. The action starts on Friday, May 13 at 4:00 p.m. and finishes up Sunday night. For more Downtown Greenville SC real estate information,

Foreclosures to Slow Down in SC 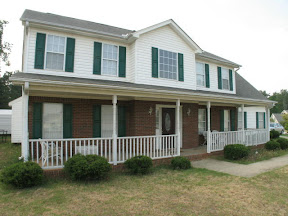 As a result of poor communications between lenders and distressed homeowners that may have resulted in premature foreclosures, SC Supreme Court Chief Justice Jean Toal ordered a halt to current South Carolina foreclosures until certain conditions are met. Homeowners must have been notified of the mortgage intervention process and that all possibilities of loan modification or loss mitigation have been exhausted. Over the past two year’s rise in defaults, too often the communication between the parties has broken down and homeowners have found themselves suddenly out of the home when they thought they were negotiating with the lender. Judge Toal’s ruling is the second of such in the past two years and forces all lenders to thoroughly document their efforts before taking back a property. The result of this action will certainly allow some distressed homeowners to stay in their homes, but since the success rate of the modification program has been historically very low, those numbers may not increase significantly. The overall foreclosure crisis is likely to be extended as it takes longer for distressed homes to come back onto the market for resale, thus delaying the recovery of values in neighborhoods where foreclosures are common.

Thunderstorms continue to be common this week with the highs around 80 and lows in the 60s. A cold front will pass into the area on Friday, and will bring about a chance of showers for the weekend. You might want to bring your umbrella to Artisphere!