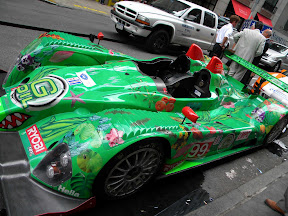 Motorsports on Mainstreet kicked off an inaugural event last week with an amazing display of Le Mans racing cars. The cars were in route to the Petit Le Mans this week at the Road Atlanta track in Georgia. But the big news is that the American Le Mans racing series is working with Clemson University International Center for Automotive Research (CU-ICAR) to attract another automaker to the research center in Greenville. The goal is to develop new technologies that could be used in prototype cars being raced on the American Le Mans circuit. No parties have been named yet, but there is serious interest from one automaker that is not currently racing Le Mans cars. Scott Atherton, head of the racing series, said he hope to make an announcement within a year but possibly sooner. 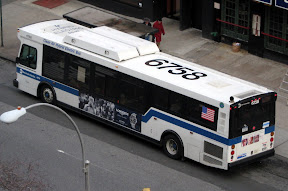 Talk of the fast-bus line from downtown Greenville to CU-ICAR has developers excited about ‘transit villages” along the Laurens Road route, but the big hitch is that the Greenville Transit Authority still needs to acquire a big chunk of federal funding. If those monies come in, GTA is ready to start the project, which will run along an old rail road bed near Laurens Road connecting St. Francis Hospital with the Amtrak Station downtown. The transit villages are designed to be within walking distance of the various bus stops, and will spawn off housing, shops, and offices. The first of these will be called the University Village at the Midtown Station near Laurens and Pleasantburg; it will spread down toward a nine-acre park across from the Phoenix Inn and the Downtown Airport. Other stations that will benefit from the proposed route include St. Francis, ICAR, Verdae, Haywood Road, Washington, Greenlink downtown, Amtrak, and the Kroc Center. The corridor will also have space for pedestrian and bicycle traffic similar to the Swamp Rabbit Trail. Don’t hold your breath though, not only is the federal funding needed, but the GTA will also need a dedicated funding source for the bus service which will probably come from a half percent sales tax hike. 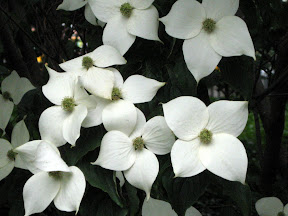 Local group JHM Hotels recently purchased the Hyatt downtown and plans renovations to the Greenville icon that will take it into a new era. They plan to alter the façade and atrium, then add retail space and a new restaurant style to the first floor that will be more available to Main Street. JHM currently owns 40 hotels, including the Hyatt Regency in Atlanta which has 6500 rooms. With their extensive contacts, they plan to drive large convention traffic to the Hyatt that will spill over to other local hotels. JHM also owns the Greenville Marriott, Courtyard by Marriott, and Fairfield which are all located on Pelham Rd. .

Fall weather is here at last and the local apples are ready for picking. Just head up toward the mountains where you can take part in the fun. We are expecting some rain mid-week, but it should clear for the weekend. Expect highs to be in the 70s and lows in the mid-50s. It’s time to get outside ya’ll.