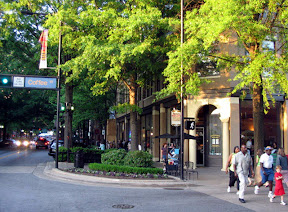 The City of Greenville is putting together its $10 million budget for capital projects in the upcoming fiscal year. Topping the list is the overhaul of Piazza Bergamo; that’s the big hole along N. Main Street where the old Woolworths building used to sit. There are big plans for a whole new look that combines Coffee Street, the Piazza, the small street behind, and the Richardson Street parking garage. However, that project is dependent on private investment to fill the corner with a new building with office and retail space, something that has had a lot of interest but has been slowed by financing difficulties. Other big expenditures include the remake of the Peace Center, redesign of Rhett Street (one block off Main), and preparation for a Reedy River regional park just upstream from the Kroc Center. Look for street-side improvements along Augusta Rd, Stone Ave, Wade Hampton, and at I-385 and Haywood Rd. For more Downtown Greenville SC real estate information, click here! 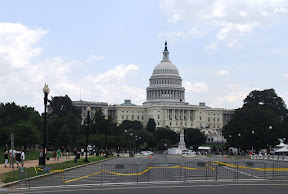 In the light of newly released figures from the 2010 census that reflect an increased population, lawmakers are considering the addition of another congressional district to South Carolina. They will also need to redraw every House and Senate district so that each has approximately 660,000 people and representation is spread equally. In the center of this discussion is Greenville and Spartanburg Counties, with a combined population of 735,000 and are grouped together. Greenville County is the largest in the state with 10% of the population, and many advocate a single congressional district for the county. In a recent public meeting of a Senate subcommittee, there were a lot of comments bantered about including the split of Greenville and Spartanburg Counties, consideration of minority voter representation, and if South Carolina actually has enough money in a troubled budget to make the changes now. A House subcommittee will have it’s own meeting in Greenville to discuss their districts on April 15 . 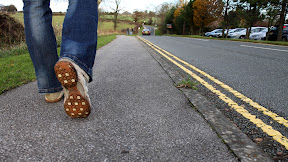 Greer hopes that by adding more sidewalks to Suber Road near Riverside High School, more students will walk or ride bicycles on a regular basis. Currently, more than 90 percent of the school’s 1600 students arrive by bus or auto, creating a serious traffic problem at peak hours. The proposal makes the sidewalks continuous along Suber, which passes by several subdivisions that are within easy walking or biking distance. The plan already has $104,000 in federal funds plus a 20% match by the city of Greer, but the details need to be finalized. At issue is whether to spend more money on curbing and storm drains or simply put a water runoff swale between the road and the sidewalk. Storm drains are more expensive, but the swale idea pushes the sidewalk back and would mean relocating power line poles. The study should be done by the end of summer. View homes for sale in Greer SC Now!

Electric bus manufacturer Proterra is on the hunt for a $25 million investor to replace funds promised by a current shareholder who recently pleaded guilty to federal fraud charges. Those funds were earmarked by Proterra to establish a permanent manufacturing facility in Greenville and create 1300 jobs. Of course, the city is watching this situation carefully since they spent $270,000 upfront to set up a temporary lease for the company until the plant was built. Things seem to be moving forward though, with Proterra continuing to assemble buses here. They are also nearing the completion of battery research lab at CU-ICAR that will play a significant part of the technology hub in the area.

Unsettled spring weather is here this week with thunderstorms likely early in the week and again by next weekend. Look for highs in the low 70s and lows around 50. We’ve lost the winter look in the past week…most of the trees have leafed out and the green is back in Greenville!